Showing posts from January, 2018
Show all

ELD mandate is on. Is it good or bad for the truck drivers? 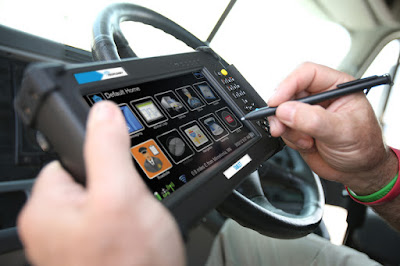 Author: Sibila Patsy  If you are in the trucking industry, you know that December 18, 2017, was Doomsday for everybody in it because of the ELD mandate that Congress imposed in 2012. If you are not in this professional area, you might still be aware of the issue as well since it's still perceived as very controversial and it is widely discussed. The ELD rule is part of the MAP-21 (Moving Ahead for Progress ) bill signed into law by President Obama that outlines the development of America's transportation. It requires the commercial vehicle operators and carriers to have electronic log devices starting December 18, 2017, and record their hours of service (HOS) only with that machine. The rule applies to roughly 3 million truck drivers. The Federal Motor Carrier Safety Administration (FMCSA) as the primary watchdog for implementing the ELDs says that the most significant benefit of the switch from paper to digital documentation is safety as it will "
Post a Comment
Location: 1454 Elmhurst Rd, Elk Grove Village, IL 60007, USA
Read more
More posts